Steve talks about his story in robotics, his view on service robotics, practical challenges they faced during the design & deployment of their hotel delivery robot.

The most spot-on line I found in this talk:

“Robotics is the poor stepchild of every other industry”

A certainly controversial figure coming from evolutionary biology. He is known for his anti-religious public appearances and publications.

What he is less known for inventing the word meme. It comes from his book “The selfish gene” and stands for a unit of human cultural evolution analogous to the gene. From an evolutionary point of view a meme has the same attributes: reproduction, selfishness and natural selection.

In this book he methodically goes through a handful of ideas and puts them in parallel with evolution. I found it a nice mental exercise.

Let me quote his take on explaining ball games for the roboticists around here.

“When a man throws a ball high in the air and catches it again. he behaves as if he had solved a set of differential equations in predicting the trajectory of the ball… at some subconscious level, something functionally equivalent to the mathematical calculations is going on.”

And for the sake of completeness, I’m also presenting some of his anti-religious quotes. Be advised, they may make sense!

“I am against religion because it teaches us to be satisfied with not understanding the world.”

“Religion is about turning untested belief into unshakable truth through the power of institutions and the passage of time.”

“Science flies you to the moon, religion flies you into buildings.”

Is it that time of the year again? Yes!!!

The Google Summer of Code 2015 is about to being soon. If you are a student, get your ideas together and submit a proposal to one of the mentoring organizations!

For the design of the plane I wanted to have something similar to the Devastator from the game Crimson Skies. Pictures!

I took a screenshot from the flitetest video and worked it with gimp to have a rough idea of how it will look, I inverted the colors because it’s more badass and gave some room for weathering the plane.

So that’s it for the design, now for the work!

After the first few attempts I crashed the nose quite badly so I had to do some repair. I figured that fixing some parts here and there could be done in a more decorative way so first I repaired the damaged nose with some aluminium foil, which gave it a though burned paint look.

[Disclaimer: this post has been in the bin for a while and recycled, so the contents are roughly a year old]

So recently I moved to a new flat which is a bit further away from my work place than the previous one. This resulted in +15 minutes walking time, now it is 35 minutes in total. I had to find a useful way to entertain myself during this time, so I looked for some podcasts. 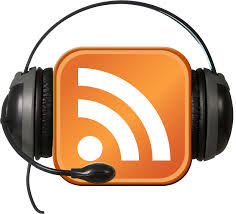